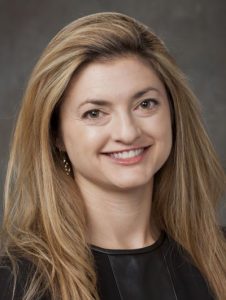 Amanda Kowalski, the Gail Wilensky Professor of Applied Economics and Public Policy at the University of Michigan Department of Economics, is a health economist who specializes in bringing together theoretical models and econometric techniques to answer questions that inform current debates in health policy.

Professor Kowalski’s recent research advances methods to analyze experiments and clinical trials with the goal of designing policies to target insurance expansions and medical treatments to individuals who will benefit from them the most. Her previous research has explored the impact of Medicaid expansions, the Affordable Care Act, the Massachusetts health reform of 2006, and employer-sponsored health insurance plans. She has also used cutting-edge techniques to estimate the value of medical spending on at-risk newborns.

Professor Kowalski is the 2019 recipient of the ASHEcon Medal, given to “an economist age 40 or under who has made the most significant contributions to the field of health economics.” She has previously been honored with a CAREER Award from the National Science Foundation and the Yale Arthur Greer Memorial Prize for Outstanding Scholarly Publication or Research. Her research has received the HCUP Outstanding Article of the Year Award, the Garfield Economic Impact Award, the National Institute of Health Care Management Research Award, and the Zellner Thesis Award. The National Institutes of Health, the Robert Wood Johnson Foundation, and the W.E. Upjohn Institute have supported her research, which has been published in peer-reviewed journals, including the American Economic Review, the Review of Economic Studies, and the Quarterly Journal of Economics. Her research has also been featured in the popular press, including The New York Times, NPR, and The Wall Street Journal.