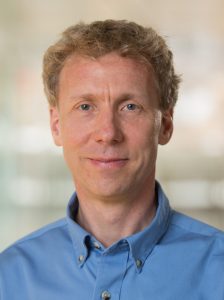 David Blaauw received his BS in physics and computer science from Duke University in 1986 and his PhD in computer science from the University of Illinois at Urbana-Champaign in 1991. Since 2001, he has been on the faculty of the University of Michigan, where he is the Kensall D. Wise Collegiate Professor of EECS. He has published over 600 papers, has received numerous best paper awards and holds 65 patents. He has performed extensive research in ultra-low-power computing using subthreshold operation and analog circuits for millimeter sensor systems, which was selected by the MIT Technology Review as one of the year’s most significant innovations. For high-end servers, his research group introduced so-called near-threshold computing, which has become a common concept in semiconductor design. Most recently, he has pursued research in cognitive computing using analog, in-memory neural-networks for edge-devices and genomics acceleration for precision health. He was general chair of the IEEE International Symposium on Low Power, the technical program chair for the ACM/IEEE Design Automation Conference, and serves on the IEEE International Solid-State Circuits Conference’s technical program committee. He is an IEEE Fellow and received the 2016 SIA-SRC faculty award for lifetime research contributions to the U.S. semiconductor industry.  He is the director of the Michigan Integrated Circuits Lab.