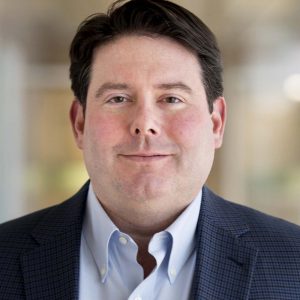 Brian Denton serves as Chair of the Department of Industrial and Operations Engineering at University of Michigan. His research interests are in data-driven sequential decision making and optimization under uncertainty with applications to medicine. He has a cross-appointment in the School of Medicine and he is a member of the Cancer Center and the Institute for Healthcare Policy and Innovation (IHPI) at University of Michigan.  Previously he was an Assistant and Associate Professor at North Carolina State University (2007-2012), a Senior Associate Consultant at Mayo Clinic (2005-2007), and a Senior Engineer at IBM (2001-2005). In 2009 he received the National Science Foundation Career Award. He also won the INFORMS Service Section Prize (2010), the INFORMS Daniel H. Wagner Prize (2005), the Institute of Industrial Engineers Outstanding Publication Award (2005), and the Canadian Operations Research Society Best Paper Award (2000). He served on the Editorial Boards of Health Systems, IIE Transactions, Interfaces, Manufacturing & Service Operations Management, Medical Decision Making, Operations Research, Optimization in Engineering, and Production and Operations Management. He served as the Medical Decision Making Department Editor for IIE Transactions on Healthcare Systems Engineering from 2008-2015. He has co-authored more than eighty journal articles, conference proceedings, and book chapters, and he has twenty-seven patents granted by the U.S. Patent and Trademark Office. He is past Chair of the INFORMS Health Applications Section and he served as Secretary of INFORMS (2012-2015). He served as President-Elect (2016), President (2017), and Past-President (2018) of  INFORMS.