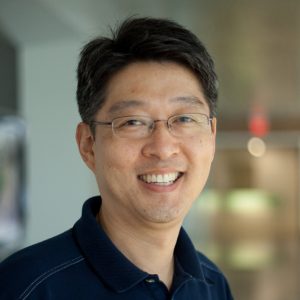 He worked for industry, including the National Semiconductor Corp. in Santa Clara, CA, and Silicon Graphics Inc. in Mountain View, CA, before returning to academia. He took faculty positions in the Department of Electrical Engineering at Korea Advanced Institute of Science and Technology (KAIST) in Daejon, Korea, and in the Department of Electrical and Computer Engineering at the University of Minnesota, Minneapolis, MN. During the academic year of 2000–2001, he was a Visiting Faculty at Agilent Laboratory, Palo Alto, CA. In 2008, he joined the Department of Electrical Engineering and Computer Science at the University of Michigan, where he is a Professor and the Director of NSF International Program for the Advancement of Neurotechnology (IPAN). He served as the Director of Solid-State Electronics Laboratory (2011–2015) and the Director of Lurie Nanofabrication Facility (2011–2016) at the University of Michigan. He is the co-founder of NeuroLight Technologies.