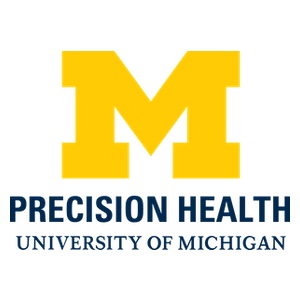 Jeffrey B. Hodgin, M.D., PhD. completed his undergraduate education at the University of North Carolina in Chapel Hill, receiving a B.S. in Chemistry in 1992. After graduation, he worked in the laboratory of Drs. Oliver Smithies and Nobuyo Maeda and was involved in several projects employing gene targeted mice to investigate the genetics of essential hypertension. The experience sparked an interest in medicine and he continued his education at the UNC School of Medicine. Later, he decided to pursue a more research-oriented career and returned to the Smithies-Maeda lab as a graduate student in the Department of Molecular and Cellular Pathology, receiving a PhD in 2002 and MD in 2003. His thesis work, titled “Molecular Mechanisms of Atheroprotection by 17 beta-estradiol,” employed a genetic and pharmacologic study design to the molecular mechanisms of estrogen-mediated inhibition of atherosclerosis in mice. Dr. Hodgin completed residency training in Anatomic Pathology at Columbia University, New York, in 2006 and a Nephropathology Fellowship at Columbia University under the tutelage of Dr. Vivette D’Agati in 2008. As a National Kidney Foundation Research Fellow during the second fellowship year, he investigated genome-wide expression profiling of laser-captured glomeruli in formalin-fixed, paraffin-embedded renal biopsies of FSGS patients found in the extensive archives at Columbia. His experience at Columbia solidified a desire to focus his research and clinical career on diseases of the kidney, specifically glomerular diseases. Since joining the Department of Pathology at the University of Michigan in July of 2008, and working with his mentor Dr. Matthias Kretzler, Dr. Hodgin has added a systems biology approach to his interests and expertise. He now has more than 35 publications in both basic and translational research areas and has been funded by NIH-NIDDK and the ASN-Nephcure Foundation.