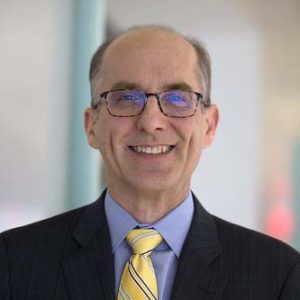 Dr. Burns’ research group has published extensively on microfluidic technology.  In the late ‘90s, his collaborated with David Burke (Human Genetics) to construct arguably the first microfabricated integrated DNA analysis device. Since that time, Dr. Burns has published on a variety of microfluidic analysis systems including a nanoliter viscometer with automated drop detection and an influenza device that is capable of detecting and subtyping strains of influenza. He has also published extensively on microfluidic pumping systems using, for example, temperature-controlled micropressure regulators and pneumatic logic gates. His current work centers on constructing inexpensive diagnostic systems for infectious diseases and developing cost-effective sensors for a variety of applications including water quality assessment.

Dr. Burns has over 150 publications and patents, and he is a licensed professional engineer and a Fellow of the American Institute for Medical and Biological Engineering, and American Institute of Chemical Engineers. He has won numerous awards, including an Engineering Initiation Award from the National Science Foundation, and both a Research Excellence Award and a Teaching Excellence Award from the College of Engineering at the University of Michigan. He was the founding director of an Institutional Training Grant from the National Institutes of Health on Microfluidics in Biomedical Sciences, a program that involves over 40 faculty from 14 different departments from across the University of Michigan.