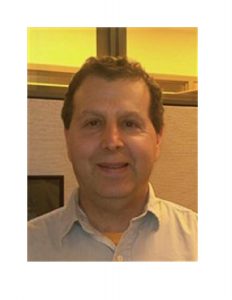 Stephen M. Modell has served 35 years in academic public health. He has been the Research and Dissemination Activities Director of the Center for Public Health and Community Genomics since 2001. The Center promotes the integration of genomic discoveries into public health practice utilizing community input, with the goals of improving health and reducing or eliminating health conditions and disparities. Prior to his current position, he was research director in genetics policy for the Department of Health Management and Policy, University of Michigan School of Public Health. Preceding this activity, he was a research associate for the Council on Genetics and Society, and the University of Michigan Genome Ethics Committee (at which time his writing received honorable mention in the Nellie Westerman Prize Competition in Clinical Research Ethics of the then American Federation for Clinical Research). During the Reagan era he was assistant coordinator for the Resource for Public Health Policy, operating under a consortium grant from the Michigan Governor’s Substance Abuse Prevention Initiative. In the latter role, he linked organization activities and provided research support for publications on licit/illicit substance abuse prevention policy and, under Kenneth E. Warner, countering industry-led Tobacco Institute marketing efforts.

Dr. Modell has served as chief data analyst for numerous National Human Genome Research Institute- and Centers for Disease Control and Prevention-funded projects – “A New Genomic Framework for Schools and Communities” employing the Next Generation Science Standards; the 5-state “Midwest Community Genomics Forums”; “1st National GenoCommunity Think Tank”; “Research Community on Genetics and Racial/Ethnic Identity”; and “Communities of Color and Genetics Policy” Project. He has developed new evaluation methodology for community-based participatory research in the area of genetics and genomics, and published findings in numerous peer-reviewed journals on genetics, genetics policy, and public health. His focus has always been on the community and population levels.

Dr. Modell holds a Bachelor of Arts in philosophy from Stanford University, where he studied premedicine. In 1984 he earned his M.D. from Medical College of Ohio, where he was first exposed to the field of epidemiology. He received a Masters of Science in Clinical Research Design and Statistical Analysis in 1991, followed by certification in epidemiology, both from the University of Michigan School of Public Health. Dr. Modell served as chair of the American Public Health Association Genomics Forum Policy Committee from 2012-13. He was principal author of the 2013 APHA policy statement “Advancing Cancer Genomics in Public Health.” With Dr. Sharon Kardia, he has co-authored the chapter “Genetic Determinants of Health and Applications in Public Health and Preventive Medicine,” to appear in the upcoming reissue of Maxcy-Rosenau-Last Public Health & Preventive Medicine. Dr. Modell’s precision health publications include: “The Precision Medicine and Precision Public Health Approaches to Cancer Treatment and Prevention: A Cross-Comparison” (Adv Genet Res, v17, 2017); “Laying Anchor: Inserting Precision Health into a Public Health Genetics Policy Course” (Healthcare 6(3); 2018); and “When Genetics Meets Religion: What Scientists and Religious Leaders Can Learn From Each Other” (Public Health Genomics 22(5-6); 2019).